Cricket, Bollywood and Music are the things that drive Indians crazy, no matter where they are. According to the Zenith Global Advertising Expenditure Forecasts driven by the general elections, cricket world cup and Indian Premier League, the expected rise of advertising spends of the country in 2019 is 15% to ₹ 72,169 crore.

Cricket fever has gripped the entire nation and marketers are leaving no stone unturned to capitalise on the World Cup mania.

According to the Sportcal (a sports market intelligence company), ICC Cricket World Cup is the third biggest stand-alone world championship in any sport below Football and Rugby.

One of the most lucrative and highly watched sport, Cricket World Cup in India is:

Britannia, Uber and Coca-cola are using SMS to promote their brands and you should too 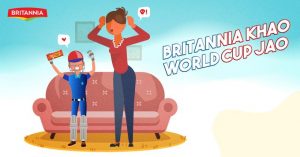 The promotion is set to offer a bouquet of experiences and rewards to millions of consumers who SMS the promo code written on the pack. 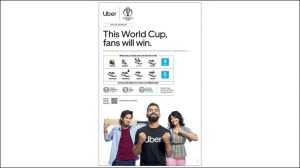 Taking a few Uber rides or ordering on Uber Eats, can get you closer to a stadium in England.

With every Uber ride you take or order food at Uber Eats you stand to earn ‘runs’. After collecting a certain number of runs, you can qualify for a chance to win a ‘match package’ for the World Cup in England, among other prizes. The winners are being informed via SMS.

Send the unique code printed behind the labels of the PET bottles via SMS.

Coca Cola has come out with yet another scratch-card-and-win-a trip campaign, but we live in a digital age where consumers don’t scratch, but scan or SMS.  And for that, Coke has launched special PET bottles with 14-digit unique codes under labels.

Messaging the right code will find you in a jet plane headed for Heathrow.

Hurry, capitalize on the Nation’s heartthrob

The excitement surrounding the World Cup is unlike any other event and looking at the past matches, the 2019 World Cup promises to get more exciting by the day.

Offering an incredible marketing opportunity not only for businesses within its host country but across the globe, sectors such as Travel, Finance, Hospitality, Merchandising, FMCG and more are to benefit from the worldwide phenomenon.

The World Cup is still on for a few more weeks, take a cue from mega-brands and think how your business can capitalize on one of the biggest marketing opportunity.