Once upon a time, becoming a national brand took lots of time and efforts. You’d launch someplace and then slowly build a local and then regional reputation, expand and then finally, with luck on your side, a great team and a lot of hard work, you’d enter the national market creating a name for yourself.

But thanks to mobile you can reach the market anytime, even within hours of launching your brand.

It is the widest opportunity any business can think of, but it comes with a major challenge.

In a country with hundreds of regional languages, how do you communicate effectively with the local customer base? 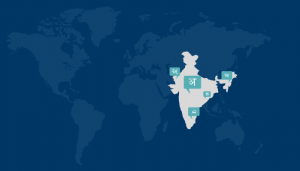 Wouldn’t you love it if the brand you follow responds back to you in your regional language?

Customers prefer to do business in their own language from both, a cultural and a linguistic point of view. Then what’s holding you back? You as a brand can communicate with your customers in their regional language increasing your chance of conversion. How, you ask?

Language-Based SMS Or As We Call It UNICODE

And that is the reason that Facebook is available in several local languages and so is Wikipedia. Also, Quora too launched their Q&A platform in Hindi and plans to launch it in several regional languages. According to Google, local language consumption is four times that of the English language.

With a 98% open-rate, SMS is the most powerful brand communication medium and it gives an option to communicate in not just 1 or 2, but 18 regional languages including Hindi.

Get The Full Benefit Of Language-Based Personalization

MSG91 Goes Down The Regional Path!

With Unicode services, MSG91 was already offering the option to reach out to local customers in their local language but now going a step further MSG91 has combined the services of translating SMS with in-company.

You read that right!

That’s not it folks…there’s more!

Don’t know which regional SMS should target which state? Leave it in the hands of the experts. Your SMS will be translated in whichever language you want and will be sent to that particular state. Wish to cover all regions? MSG91 got that covered too. One SMS translated into 18 languages, sent out all the states that officially speak those languages.

Let’s cover from the beginning:

Not every brand will have a use for regional SMS, especially if they’re targeting a homogenous user base. But brands that are looking to establish themselves glocally—or have already done so—can provide their customers with a clearer, more useful messaging experience by taking advantage of the simple yet powerful regional SMS functionality.

Send SMS To Your Customers In Their Local Language